How did he do it?

Chimaev emerged as a budding prospect by dismantling John Phillips, outstriking “The Welsh Wrecking Machine” 43-to-2 and submitting him in the second round via D’Arce choke. Just 11 days later, Chimaev set the UFC record for the quickest turnaround victory by defeating newcomer Rhys McKee by first-round TKO on UFC Fight Island 3. Not only did Chimaev defeat McKee, but he completely dominated him, landing 68 strikes while his opponent didn’t even get on the scoreboard.

So What’s Next For Chimaev? 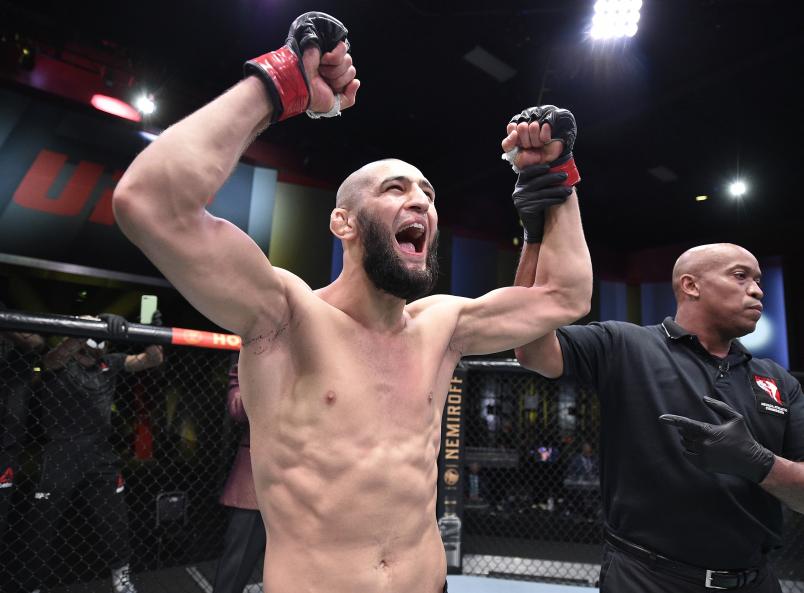 Khamzat Chimaev of Chechnya celebrates after his knockout victory over Gerald Meerschaert in their middleweight bout during the UFC Fight Night event at UFC APEX on September 19, 2020 in Las Vegas, Nevada. (Photo by Chris Unger/Zuffa LLC)

Since then Chimaev has been an unstoppable force, finishing each of his opponents on his way to a 9-0 slate. Yet now that he’s on the map, it’s becoming increasingly difficult for Chimaev to get a fight on the books.

“I said to (UFC President) Dana White it doesn’t matter to me, I’m going to fight everybody. But now they have a hard time trying to find an opponent,” the soft-spoken Chimaev told Hardy. “I’m born for fighting; I always feel like that. I like to see movies like when in the war or history, like Vikings or something like that. I feel like that when I go to the cage like all the time ‘I’m going to kill somebody now and take my gold.”

Rafael Nadal shows off sleeveless top he would have worn at...

Neymar has more goals than Ronaldo but he’s not a Brazil...

Charles Barkley will partner with Mickelson in a match against Stephen...